Animal feed for cattles accounts for 60 percent of total expenses. Feeding livestock and cattles is a laborious affair since with rapidly growing industrialization the pasturelands are also deteriorating. Enzyme supplements hence foster a better form of additives in this situation. Adding Animal feed enzymes is a healthier way of increasing milk produce and is also relatively cheaper and faster.

The farm animals like cows, goats, sheep and buffaloes need special attention due to their digestive capacity. Using cattle feed enzymes, on one hand optimizes the health of the cattle while on the other improves profitability by decreasing the feed cost. Adding enzymes to the animal feed enhances its nutritional value. Formed from combination of many enzymes, the animal feed enzymes are well capacitated to degrade plant cell walls found in the hay or grass feed of these pasture animals. The commercial animal feed enzymes are constituted with amylases, proteases and pectinases as secondary enzymes, while the main constituent is cellulose or xylanase. Cattles are also known as ruminants due to their digestive structure. Cattle feed enzymes in these ruminants are employed to catalyze the reactions by which the feedstuff is digested into simple sugars and amino acids.

Adding animal feed enzymes these grass feeding animals boosts milk production and lactation. Due to their specificity of action, these enzymes do not have any side effects on the animals’ health. Elements like phosphorus and nitrogen play an important role in metabolism of live stocks. It vitally enhances the growth and reproduction in these animals. Phytic acid which is primary source of phosphorous is found in cereals and oilseed meals. Phytase in animal feed enzymes is a better supplement as it generates the necessary amount of phosphorus and also controls excess excretion of the element. Other than boosting the efficiency of conventional feed stuff these reduce environment pollution by inhibiting nutrient excretion of phosphorus, nitrogen, copper and zinc.

Cattle feed enzymes from Nature Bio Science have a better self life in terms of storage stability and are also less expensive. These enhance the animal performance and also furnish greater flexibility and accuracy in feed formulation thereby reducing the feed cost. 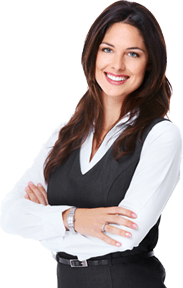